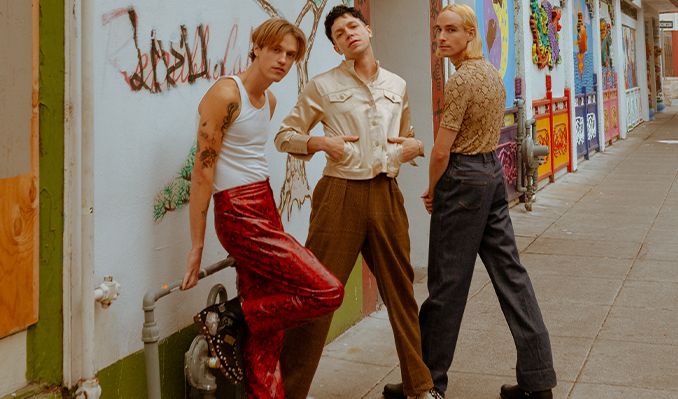 IMPORTANT COVID-19 UPDATE FOR LOS ANGELES COUNTY GOLDENVOICE VENUES: Due to the ongoing fight against COVID-19 in Los Angeles County, guests at indoor venues will be required to wear a face covering that covers both the nose and mouth at all times regardless of vaccination status except when actively eating or drinking. Gaiters, bandanas, and coverings with exhalation vents are prohibited: a face shield still requires a face covering. Guests unable to wear proper face coverings will not be admitted into the venue. Please note that events will be presented in accordance with applicable public health conditions as of the date of such event and which may change at any time as determined by federal, state or local government agencies or instrumentalities, artists or the promoter; such requirements may include, without limitation, changes to capacity, attendance procedures and entry requirements, such as proof of vaccination and/or a negative test, and other protective measures. For the most up to date information, please continue to refer to our website, www.Goldenvoice.com. Thank you.

San Francisco indie-rock quartet Hot Flash Heat Wave rose to prominence in the Bay Area music scene in 2015 with the release of their 'Gutter Girl' music video, from their debut album Neapolitan, which was uploaded to YouTube and eventually made its way to the front page of reddit. Their versatile sound, at times reminiscent of golden 60s, power pop, dream pop, post-punk and indie rock, demonstrates a dynamic range of songwriting prowess centered around consistently infectious, sun-soaked melodies and guitar hooks. HFHW formed in Davis, California as a noise collaboration between Adam Abildgaard and Nick Duffy in 2010, expanding to a full band when bassist Ted Davis and guitarist Nathaniel Blum joined the group in the following years. Renouncing the traditional front-manned format of most contemporary bands, the four instead each contribute songs and share the lead. With the release of their sophomore album, Soaked, accompanied by a string of creative self-produced music videos in 2017, the group embarked on its first nationwide tour. Their first single, 'Bye Bye Baby', appeared on Canada's Viral 50 Spotify playlist. In 2017, HFHW released their sophomore album Soaked with OIM Records, which charted on college radio in the U.S. The band just finished up a national tour and SXSW visit with No Vacation to promote their new single 'Glo Ride' - a song released in collaboration with Broken Ent. Hot Flash Heat Wave will continue to release music and new videos throughout 2018.

More InfoOfficial WebsiteTwitter
*Service and handling fees are added to the price of each ticket.