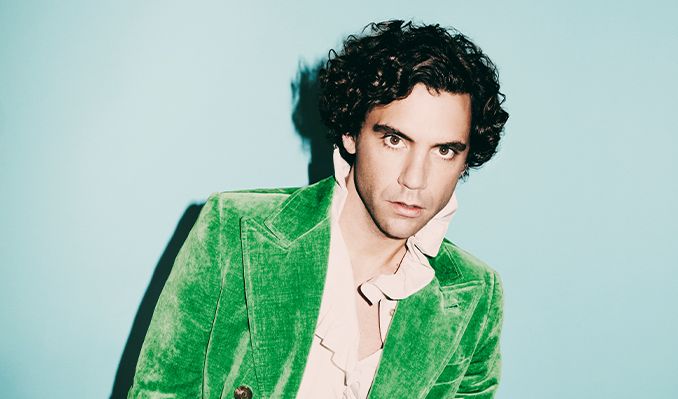 Mika opened his pop career with the defining single Grace Kelly, which went on to sell over 3 million copies worldwide and was the second British single ever to top the chart on downloads alone. His total single sales from his debut album, Life In Cartoon Motion, exceed 6 million and the album itself went straight to #1 in 12countries, going on to sell over 7 million copies worldwide.

Mika has been nominated for and won awards from the Brits, the Grammys, the Ivor Novellos, Capital Radio, Q magazine, The NRJs, The World Music Awards, BT and Vodaphone, Virgin Media and MTV’s Europe, Asia, Australia and Japan, amongst others. He is also the recipient of the prestigious French award "Chevalier dans l'ordre des Arts et des Lettres".

His second album The Boy Who Knew Too Much released in 2009 continued the trend, making it into the top ten in 11 countries worldwide and containing the hits We Are Golden, Blame It On The Girls and Rain. In 2011 Mika released the French language single Elle Me Dit which topped the French charts for 8 weeks in 2011 clocking up over 300,000 sales and becoming the second best selling single of the year in the process. The video featured legendary French actress Fanny Ardant and has over 36 million plays.


His third album The Origin of Love, was released to international acclaim in 2012 and includes the huge single Celebrate, featuring Pharrell Williams, and US smash Popular Song which was later reworked as a duet with Nickelodeon sensation Ariana Grande (the video for which has over 97 million hits!). Mika went on in 2013 to become a judge on XFactor Italia (learning Italian in 3 months to be proficient on live TV!) and also a season judge (and winning coach) on The Voice in France. The episodes of both shows smashed ratings from previous years, proving Mika to be a popular coach and earning him a second season on both.

Mika has now sold over 10 million records and has Gold or Platinum awards in an impressive 32 countries worldwide. His fourth album, "No Place In Heaven" will be released on June 16th. The first video of the new tracks was shot by world celebrated fashion photographer, Peter Lindbergh, and can be seen here: https://www.youtube.com/watch?v=vvuOw8Z0Pwg

TwitterOfficial WebsiteFacebookMore InfoYouTube
*Service and handling fees are added to the price of each ticket.