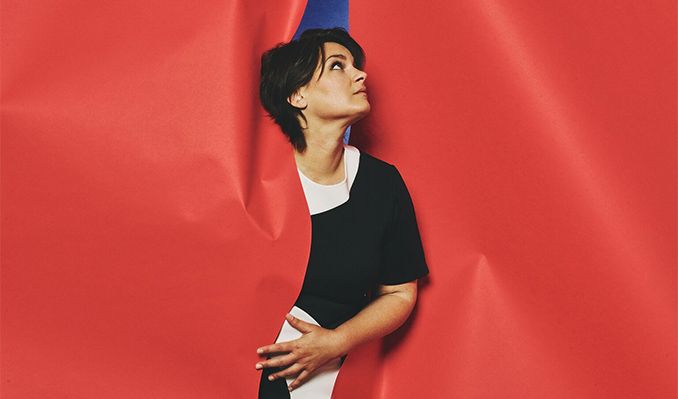 $1 from each ticket sold will go to HUMAN OPTIONS https://humanoptions.org/

This show is GA partially seated; first come first served. Arrive to the venue early to secure a seat.

Much like songbird Edith Piaf, Madeleine Peyroux spent her teenage years busking the busy streets of Paris. Just like the ‘little sparrow’, Madeleine befriended the city’s street musicians and made its Latin quarter her first performing stage. Years later, Peyroux would cite iconic Piaf as an influence on her music and record a rendition of the classic La Vie En Rose, soulfully capturing the tune’s romanticism and melancholy.

Born in Athens, Georgia in 1974, Madeleine “grew up in a house filled with music” and from an early age “instinctively realised music’s soothing power” but it was her teenage years in the French capital that turned the childhood notion into an all-consuming vocation for life.

Young Madeleine moved to Paris with her mother in 1987 following her parents divorce. “To soothe me during the upheaval”, she recalls, “I was given a guitar and took to playing in the streets almost immediately.”

Thirty years after her formative busking days Peyroux is the proud curator of nine beguiling albums and an accomplished performer with sell out worldwide tours under her belt. Her atmospheric version of Serge Gainsborough’s La Javanaise was used in the soundtrack of Oscar Winner The Shape of Water and her countless accolades include the coveted BBC International Artist Of The Year honour.

YouTubeTwitterFacebookMore InfoOfficial Website
*Service and handling fees are added to the price of each ticket.